I was asked again by the Hunarian Samoyed Club to interpret at their clubshow which took place at the Budapest International Dogshow (CACIB), so I entered the Border Collies there. The first surprise came in the morning when it turned out that there was a change in judge, so instead of a judge from Norway we got a Hungarian one. Hm. Finn was placed second and the judge explained to me that he preferred the other male with more coat and more substance (mind you, Finn isn't a light dog either), so I didn't have high expectations with Pippa. Surpisingly enough she was placed first and the judge told me that though the other bitch is more show-dog like, he thinks Pippa stands for what a border collie is. So Pippa's (never planned) show career goes on with flying colours

The samoyed clubshow was also a great experience for me, the judge was Franjo Kovacev (Nox Poli kennel) and I really enjoyed working with him, he had a great knowledge of the breed and the conformation of dogs alltogether. I have to admit I was a bit dissapointed with the avarage quality of the exhibited dogs, or maybe I have been out of this breed for too long.

So to sum it up, Budapest Grand Prix CACIB:

Here is a picture of Pippa taken after the show: 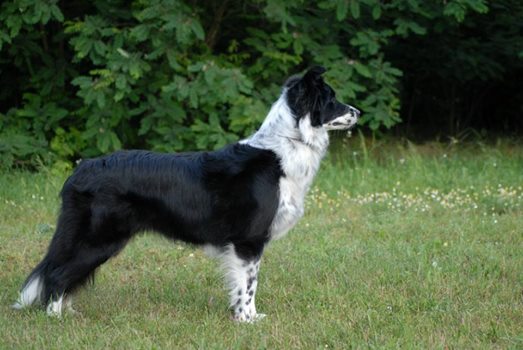