The secret of running contacts

It might be too early to celebrate, but it seems we finally nailed running contacts with Pippa, at least at our last competition she had 3/3 on both the dogwalk and A-frame, which is better than anything I expected. I started to train her RC when she was about 9 months old if I remember correctly, but I was very inconsistent with the trainings due to lack of equipment. I used the method described perfectly on Silvia Trkman's DVD, and I had to admit I was on the verge of giving up several times. For me the final solution was buying a dogwalk, it seems it put an end to a year of frustration, after only a week of day to day training. Actually I believe Pippa was a very talented dog for this (she has a great movement, light, fast, small), yet there was no way she would ever understand this concept while we were training once a week at best, on an old wooden dogwalk. I don't know if there are people who were able to teach this without an own DW, but I would never recommend to start RC without one...

As for the competition Pippa won the first A1 agility run with a fabulous performance:

And was placed 7th in both the second and third A1 run, here is her third run, where I admired her RC a bit too long

And here is our team from Kecskemét, Hella Lukács with supercrollie Shelley had a clean run & 1st place in A2 (thus graduating to A3) and Márti Somogyvári with Rhea was placed third in A2. We had a great day and so much fun together!

And the dinner of champions 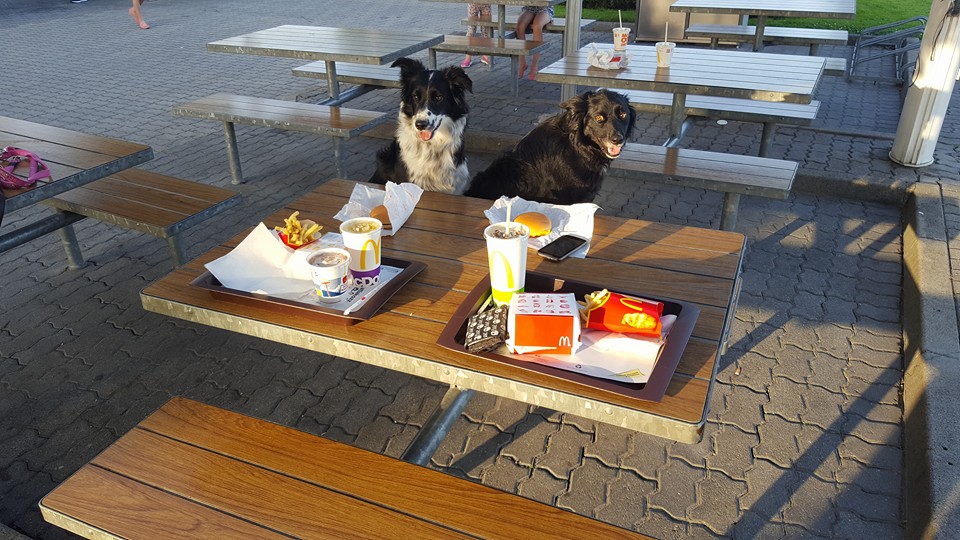